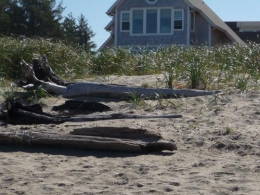 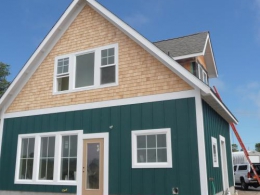 Artists Cottage on the beach

Most Popular by City - Real Estate For Rent in Oregon

Oregon is a state blessed with many natural assets. Mountains, deserts, coastlines, rivers and fertile valleys make it suitable for a number of sports and adventure activities, which attract a huge number of tourists from all around. The big cities of Oregon with many facilities make the state popular among youngsters. The most prominent industry is that of lumber. Homes for rent in Oregon are in a ripe state, with something for everybody on offer.

It is located on the Pacific coast and lies in proximity to major states of the US. On its north is Washington, and on its south lies California. Nevada is on the southeast and Idaho to the east. Oregon is the 9th most extensive of the country and is a bout of beauty in its most natural state. River Columbia, Mt. Hood, the Siskiyou mountains, and the Willamette Valley are some assets of the state that people fall in love with. Cities like Portland and Eugene, also known as “Emerald City”, are sought after by youngsters for their nature-kissed surroundings seamed with urban comforts. To the delight of literature lovers, the world’s best Shakespeare Festival is celebrated in Ashland.

Portland and Salem are two central cities in Oregon. Portland is a dream destination of many a youth to settle in. The recreational activities that the city offers with its huge reserves of natural resources like forests and rivers are beyond compare. And the best part is that urban facilities are quite as developed as the perks of living in natural surroundings. Home rentals in Oregon are relatively costlier than the rest of the state but still quite in demand all the time.

Salem is the capital city and also the center of agriculture in Oregon. Agriculture forms a major industry of the place. The state capitol building of Oregon is in Salem. Other major cities of Oregon where you can search for a dwelling include Gresham, Hillsboro, Beaverton, Bend, Medford, Springfield and Corvallis.

The most major of attraction in Oregon is that of its natural terrain. The immense beauty is not only soothing to the eyes and the soul, but also boosts a number of recreational activities that all residents and tourists love to engage themselves in.

So if you are besotted with all that nature has to offer, and decide to move to Portland or any of the other cities of Oregon, log on to RentalCluster for amazing rental houses in Oregon at their cheapest best.