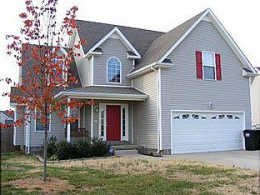 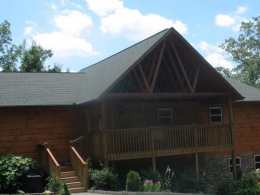 Most Popular by City - Real Estate For Rent in Tennessee

Known for its rich musical history, the state of Tennessee is a music lover’s paradise. Here you can listen to the best of music or feel inspired to create your own. However, there is lot more to Tennessee than just good music. This Southeastern state of US is trisected by the Tennessee River and is dominated by Appalachian Mountains in the east and the Mississippi River in the east, offering the state both grandeur and beauty. If you are keen to move to this terrific state, which is also the 17th most populous state of the US, do not think twice. There are plenty of attractions as well as homes for rent in Tennessee.

Tennessee is the 36th most extensive state of the US. It borders Kentucky and Virginia to the north, North Carolina to the east, Georgia, Alabama, and Mississippi to the south, and on its west lies Arkansas and Missouri. Summers in Tennessee tend to be hot and humid, while winters are usually mild to cool. When you become a resident of Tennessee, you would be called Volunteers, Butternuts or Big Benders. One big reason to become a Volunteer is that the overall cost of living in Tennessee is 10% below the national average while the housing costs are 20% below the national average.

Memphis is the largest city of Tennessee. "Birthplace of the Blues," Memphis offers best country, classical, rock and hip-hop music in the US. The "Music City" Nashville is the capital city of the state. Rated as the "America's Friendliest City", Nashville enjoys pleasant climate and comparatively lower cost of living. But if you love adventure sports such as Kayaking, climbing or rafting, Chattanooga may be the ideal city for you as it borders on the Tennessee River and is close to the Appalachians. Other great cities where you can search for rental houses in Tennessee are Clarksville, Knoxville, Jackson, Johnson City and Murfreesboro.

If you are looking for houses on rent in this very special state, take help of RentalCluster. The popular website lists all sorts of rental properties available in the state along with relevant information. You can search for a dwelling on the basis of their location and home rentals.