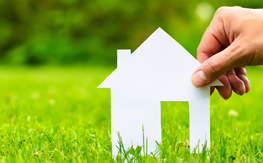 Austin is the capital city of Texas. It has a pretty high population ranking as the fourth most populous Texan city. Technological advancement, budding economics, cultural heritage and the popular live music makes Austin a sought after destination for living. If you are lucky enough to have got a chance to move this much popular and happening city you’ll be happy to know that there are plenty of decent homes for rent in Austin waiting to be your host.

Austin is the thirteenth most populous city of the US. It is rated amongst the fastest growing cities of the country. The city houses headquarters or regional offices of several Fortune 500 companies including Google, Apple, AMD, IBM, Dell, Intel, Texas Instruments and Whole Foods Market. However, the city also gives chance to small businesses to thrive alongside the big market players. So both professionals and business owners have sufficient opportunities for success in Austin.

Austin is divided into small neighborhoods where you can search for home rentals. Downtown Austin is the place for those who enjoy nightlife. South Austin is the place for artists while Central and West Austin is suitable for families with kids as there are some good schools and family parks here. Hyde Park, Clarksville and Barton Hills can help you find affordable rental houses in Austin. If you are looking for more luxurious apartments you can make your search in the more affluent neighborhoods like Tarrytown.

Austin has been popularly known as “The Live Music Capital of the World”. It hosts more musical shows than any other city in the United States. The city is a candy for party-hoppers with its endless nightclubs and pubs each of which has unmatched vibrancy and uniqueness. Many Hollywood movies like The New Guy and Spy Kids have been shot in Austin. It hosts an amusing pun festival called the “O Henry Pun Off” Festival which is a complete delight for literary lovers. Austin thrives in an ambience of clean air owing to the strict ban on smoking in public areas including malls, restaurants, and buildings.

If you are about to make a move to the lovely city called Austin, begin your search for a decent home at RentalCluster. The reputed real estate portal offers you a listing of residential properties available for rent in Austin. What’s more, RentalCluster offers relevant information and pictures of the property as well, making your home search faster and comfortable. 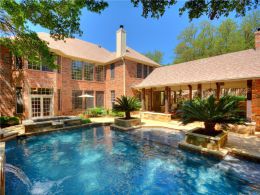 Home for Lease in Eanes ISD

Just moving to the Austin area? This might be the perfect lease home. Great community! EANES S...